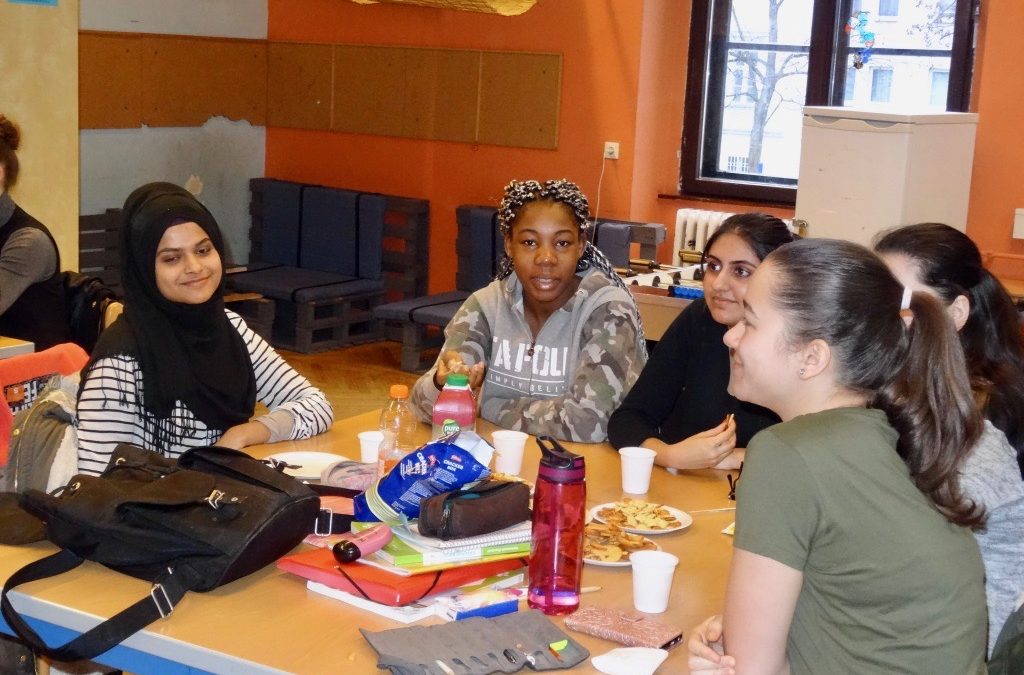 From England in the age of Shakespeare to contemporary Vienna: A glimpse into the conditions of women’s lives through Virginia Woolf’s A Room of One’s Own and the realities of everyday life for  women living in 21st century Vienna through the work of a representative of the Frauenhäuser organisation ( a project with class 7E for the subject English)

From time immemorial women have not fared as well as their male counterparts.  Beaten, abused, uneducated and ignorant, kept in the dark, thought of as worthless, save for their reproductive function, yet, at least as gifted, talented and endowed with creative powers as men.

Paying heed to the material conditions in which women from the days of Shakespeare to the beginning of the twentieth century had lived, Virginia Woolf’s brilliant essay explores the reasons for the astounding lack of artistic and in particular poetic output on the part of women. Coleridge, Wordsworth, Byron, Shelley, Keats, Tennyson, Browning, all male poets forming the canon of English poetry, cannot be juxtaposed with any female poets simply because the latter do not exist. One can name Jane Austen, Emily and Charlotte Brontë, George Eliot (ironically, a woman who signed her work with a man’s name to avoid prejudice against female writers) yet, those were novelists, not poets.

Back in Vienna, on February 2nd a workshop was set up in which a representative of the Frauenhäuser presented the work and activities of the organisation, while the students of the 7e class had the opportunity to pose questions, get invaluable information about different forms of domestic violence and how to tackle it, and, most importantly, what kind of assistance victims of domestic violence, women and children, are expected to get from the Frauenhäuser group.